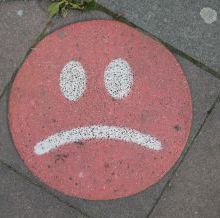 I’ve never understood why crafters didn’t screech from the rooftops when the major yarn manufacturers starting selling yarns with splits as first quality. In fact, when I called up one of the big players and asked if they had any sort of outlet store, the customer support rep actually laughed at me. Sure, why sell mismatched dye lots and split skeins for a discount if the public is willing to buy them at full price?

The other day I was working with a spool of ribbon and even it had a spot where the ribbon had been cut and clumsily patched together. Had to completely take apart my project to figure out a way to hide the break. No mention anywhere on the wrapping that I purchased something less than advertised.

I have however seen a trend among some of the commercial, bulk ribbon providers that to me is simply good business. At least one of the Ribbon Suppliers listed on Crafty Tips suggests customers needing continuous lengths to let them know ahead of time. They don’t appear to give a discount for purchases with breaks but at least they acknowledge that some projects can’t be completed if there is a break in the ribbon.

It’s about time that a provider of craft supplies returned to an honest way of doing business. I suggest that every time we get stuck with one of those split skeins of yarn or spools of ribbon that we call the manufacturer and complain loudly.

Perhaps that sales rep Chuckles I spoke with won’t think it’s so funny if she ends up spending most of her shift answering to angry crafters complaining about being ripped off by an inferior product.

OK, I’ll step down from my soap box. Anyone care to take up the call?

Open the conversation by being the first to comment on Craft Supply Rip-Off.