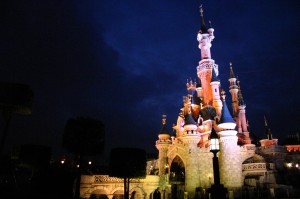 I cringe every time I see it. The outcome is always the same. It’s just a matter of time. Someone opens a new Etsy shop and has these cute little whatevers. There are princesses, cuddly animals and monsters. The names of the pieces come immediately to mind…Cinderella, Piglet, Mickey, Donald…

While all of them are public figures, they are NOT in the public domain – their likenesses are often protected by trademark and copyright.

Start selling handmade items in the image of a famous character and you’re certain to attract attention…the sort of attention you don’t want to ever see. Legal attention.

A recent submitter to Crafty Tips had several items in her Etsy shop that were sure to get her noticed. Amongst things that stemmed from her own imagination were numerous Disney characters; trademarked Disney characters. The outcome was inevitable…she has to take them down. However, this young crafter is playing a very dangerous game. She posted on Facebook in early March that she knows she has to take them down, yet 7 recognizable and trademarked characters remain in her Etsy shop as of April 11th. I would hate to think if the lawyers at Disney got a hold of her…not only is she infringing on their trademark, she admits knowing that she is doing so.

Sure, it’s a great way to launch a new shop and learn your craft. Make things people will recognize and you will get buyers. While I doubt Disney or the other trademark holders can do much about someone owning a handmade version of their characters, they certainly can sue the pants off of anyone selling items made to look like their trademarked characters. It’s their invention and they can control who makes money from it.

Avoiding Being Sued for Trademark Infringement

The obvious solution to avoiding a lawsuit about trademark infringement is to create your own set of characters to brand and grow your business around.

But, it’s equally obvious that not everyone has the imagination to do that. In that case, with a bit of searching, I’m sure there’s plenty of designers who would agree to work with you or sell you the rights to reproduce their designs for sale. Or, why not just make generic animals. Get a collection of pictures of bears and create your own cuddly version. Or visit your local zoo and get inspired by the animals you see there. Just whatever you do, make sure you do not make something that the average person would compare to a licensed and trademarked character.

4. Anything from Big Idea Entertainment (VeggieTales)

5. Anything Cartoon Network (including the old Hanna-Barbara characters like Yogi the Bear, Scooby Doo, Smurfs etc.)

What it boils down to, if there is a name associated with the likeness you are incorporating into your hand-crafted item, it is most likely protected by trademarks and copyrights.

When it comes to doing Disney, Hello Kitty, DreamWorks or any of the other major animated characters, just don’t. It’s a lot safer that way and you won’t have to worry about anyone suing you.

Christmas & Discounting Handmade Items
What do I call it?
Product Descriptions 1850s Style
What is Art and What is Craft?

Open the conversation by being the first to comment on Doing Disney.