Late May in America – a time to remember those who have sacrificed everything to keep our nation free.

As we take a moment to honor our war dead, we have to suffer fools who claim that September 11th either didn’t happen or was the work of our own President. One of our presidential candidates is calling the "War on Terror" nothing more than a bumper sticker slogan. And two other presidential candidates voted along with 12 of their fellow senators to not fund our troops in Iraq and Afghanistan – which on the eve of Memorial Day seems somehow even more reprehensible.

I fear for the future of my country as we face an enemy so many don’t understand or even see as a threat to our safety. Pearl Harbor should have permanently etched into our subconsciousness that oceans alone no longer protect our sovereign lands. As if we needed a reminder, September 11th brought to our shores a reminder that freedom doesn’t come free and will always need protecting by force when diplomacy fails.

I know there are many in the crafting community who see the world and our role in it differently from me, which is why I rarely talk about current events or politics on my blog. No matter how far apart we may be on some things, I can only hope that we are of one mind when it comes to honoring those who have fallen on foreign and domestic battlefields in order to keep us “The Land of The Free and The Brave.”

My Daddy, the Marine, was often quiet and somewhat moody each Memorial Day. As many of us younger folks know those who the memorials represent as only names and photographs; to him they were his cousin or his best friend or his jump partner or the many others he saw fall. To him they are smiling faces who he grew up with, shared a smoke with, or trusted his own life with. To him they were fellow Marines who lived and died fighting for their country and their children’s futures.

It is on a single day once a year as the spring flowers are in their decline and summer’s bright sunlight is on the horizon that as a country we stop to take a moment to honor the sacrifice of those soldiers, sailors, flyers and of course Marines that fought for this great country.

Let us take this day to forget our differences of opinion and remember those who fought and died so that we may freely express those opinions and to honor those who are continuing to volunteer to protect those rights. 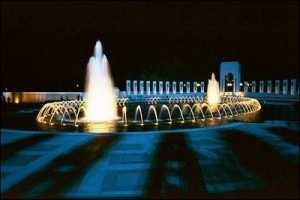 Busy, Busy, Busy
Christmas in a Kentucky Town
I Dreamed A Dream
Does that ad bother anyone else?

Open the conversation by being the first to comment on Memorial Day 2007.