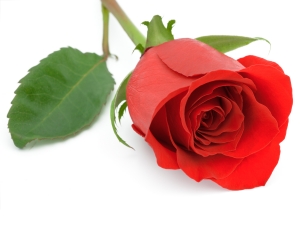 Yesterday was Mom’s birthday. I won’t out her about how old she is now, but suffice it to say that it wasn’t the first birthday to include decorations with “Over the Hill” on them.

The day started out with good news from the family. We had heard that her grand-daughter and my niece, by marriage, was in labor on Monday. The last time we had seen them, the momma-to-be was still a child herself. The initial news had us worried that the birth might be difficult. Thankfully, yesterday morning, brought the good news that at 11:45 the night before, little Jhovanna had entered the world and baby and mamma were doing well. The original due date was November 2nd and it had looked like Mom and the baby would share a birthday. But, Mom’s birthday dawned with the news that she was a great-grandmother again but a scant 15 minutes gave each of the November birthday girls their own day.

Mom had one of her migraines when she woke up so there was some question about what we would do for the day. I had told my clients that I was going to be unavailable and had planned on spending the entire day with Mom. So, I thought it would turn into a day where we would just stay home and I would be able to work on my own projects.

Around lunchtime, she was feeling somewhat better and asked to go to a German restaurant in Arden for lunch. We’ve been there before and their food is quite good. German food always seems quite pricy but is usually served in large portions. Lunch offers smaller portions at reduced rates with the same great fare. After a lovely lunch and finding ourselves without a plan, we sat in the car discussing where to go next.

Mom wears hats due to her migraines. I crochet. So, she has a drawer full of hats that I’ve made for her in a rainbow of colors. Since we were already over half-way there, we decided to head over to AC Moore to look for some brown and gray yarn – two colors not currently represented in her hat collection.

We were in line to pay for a number of skeins of yarn and a couple of other items when the couple behind us asked mom if we could use a 40% coupon because they had an extra one. Mom tapped me on the shoulder and said the people behind her had a coupon I could use. It was such a nice thing and such a happy day that I looked to see what the couple was purchasing and it was a single, long-stem silk red rose. I reached back and took it from the lady and bought it for her. It pretty much ate up the money the coupon had saved me but it was just one of those spur-of-the-moment fun things.

As I was concluding my transaction, I could hear Mom speaking with the couple but wasn’t listening to their conversation. The conversation was a bit subdued and seemed different than the typical check-out line chatter. After, I had paid, I turned to the lady, bowed and told her here’s “a pretty rose for a pretty lady”. With tears in her eyes, she rushed over to give me a big hug. Little things other people have done for me have made my own eyes a bit shiny because it was just so very special, so I returned her hug with a smile. But, this wasn’t the typical thank you for a simple act of kindness; I knew there was something more going on.

While we were hugging, Mom told me that I had done something more special than I knew – the rose was for her daughter. The couple then told me that it was the anniversary of their 25-year-old daughter’s death. They were going to visit her grave and the rose was for their grandson to put on his mother’s grave. With tears in my own eyes, we said our goodbyes and gave them our sympathies.

They actually had three coupons. They had given Mom both of the remaining ones. Knowing we wouldn’t be back to the store any time soon, I went hunting for someone to give it too. A woman had a bunch of Christmas garlands in her cart and I tapped her on the shoulder. She looked a bit frightened of me and a bit untrusting when I asked her if she had a coupon. When she realized I wasn’t accosting her, she said that she didn’t have a coupon. I handed it to her and said that I hoped she could use it since we didn’t need it. She thanked me three times and we parted with smiles. 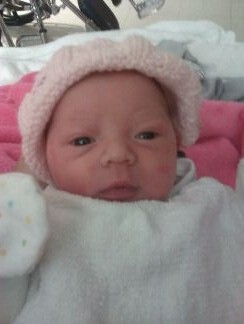 Sitting alone at my desk writing this, I find myself looking at little Jhovanna’s picture, thinking of Mom’s birthday and the tragic loss of a young mother I never met with tears in my eyes. Life is such a continuing cycle of endings and new beginnings. It’s those special moments when we do kind and loving things for each other that often have the most meaning and make it all worthwhile.

Open the conversation by being the first to comment on Red Rose for a Pretty Lady.