So, here I am, almost 4 months after I began the great picture move. Reusable Art needs updating. The gallery software that makes it function needs to be upgraded. It has changed a great deal since I started the site back in 2008. Features from that old version were not include in the new – the developers assumed no one was using them. That always leaves one with a warm fuzzy.

Ironically, it was those same features that made the site so easy for the editor at Wikimedia to scrape.

I’ve been talking about doing something for years. 2014 is finally going to be that year but it does seem to be taking forever. I’m not a database guru by any means. The folks who know more than I do, didn’t seem too interested in taking on the job. Not sure if they didn’t want to mess with it, mix business with friendship or were simply too busy. So, I bit the bullet and opted to move the pictures by hand. Yep, by hand.

First I downloaded the pertinent tables into spreadsheets. Ew, what a mess that turned into. Data that appears correctly on the live site seemed somehow twisted in the tables. Spent weeks trying to build The spreadsheet in hopes that I could use it to port the data to WordPress. Alas, none of my spreadsheet programs would port to XML. OK. Let’s just say some choice words were heard that day.

So, I embarked on the project I had thought I would never have to do…move each of the almost 3,000 images by hand. I installed a copy of WordPress on my new Mac and the journey into learning how my new computer worked and the utter tedium of copy/paste tab tab copy/paste began.

In between keeping my other sites running, a pair of client projects and a flu-like cold that was truly evil; it took me 3 months to move all of the photos, create the new categories and edit most of the posts.

Now, I’m working on making the overall look and feel of the new site the way I want.

I still have to figure out the .htaccess file to finally get rid of those really gross URLs the old software generated without losing the back links. I still have to move everything from my hard drive to the web server. And, I still expect more things to go wrong, but for now, I’m finally moving forward.

One good thing that came out of all of this is that I have come up with a number of new strategies for managing the site – hopefully, that will mean even more wonderful pictures. I’ve finally got a more efficient way of keeping track of my source materials. I’ve set up a way to keep track of which categories have had new images posted and which ones have been neglected. 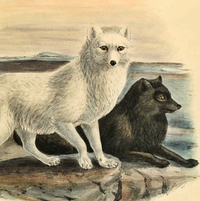 Speaking of neglected categories, I was shocked to find so many that had not been updated with new images since 2009 and 2010. Granted, some of the image sets will never be updated, there were plenty neglected categories that could easily have new images added to them. I’ve been working on adding new pictures to both the live/old site and the new/hidden site. If you’re interested, there are new images in the H, K, Q, Y, fox and hopefully sometime later today the Greek Mythology categories.

Hopefully, the switch will only improve the site. Hopefully, Google won’t downgrade it, call it a new site or do some other equally destructive and idiotic thing like it did with Blog About Crafts. But, hopefully, the big move won’t take as long as it did to recover this site after it was hacked.

Not sure if there’s anyone out there actually listening but hey sometimes it’s good to just put into words what you’re thinking.

Open the conversation by being the first to comment on The Great Picture Move.