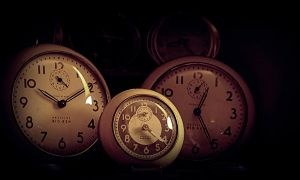 Let’s face it, there’s just some hand-crafted items that will never sell at a price comparable to what it costs in time and money to make them. No matter how beautiful, clever or praise-worthy they may be, they may simply be too expensive to make.

Consider afghans as an example. They take numerous skeins of yarn and can take hundreds of hours to make a nice afghan. Suppose it takes you 100 hours to make and let’s even say you got the yarn on clearance for $2 a skein and it took 12 skeins to make your afghan. And let’s say you are lucky enough to find someone willing to pay you $200 for it – that’s $200 minus the $24 for supplies which leaves $176 towards your labor which nets you a grand total of $1.76 per hour. Far from the best way to maximize your profit potential. ($20 an hour to complete said afghan, would yield $8.80.)

Now, supposing we make that same afghan using yarn that costs $8 a skein. Oh yes, that yarn also has less yardage so instead of 12 skeins we now need 17. That means an investment of $136 just for the yarn! Even if somehow you can find someone to pay $400 for your fancy afghan, that still is only $2.64 an hour. (Assuming you can crochet as fast as Lisa, that would yield $13.20 an hour and you still have to market said afghan, find a buyer and pay income tax on your earnings.)

I have seen some absolutely lovely afghans at some recent craft shows. They were selling them for around $80-100. Even if they were using a pattern that promises to be doable in a weekend – they still are realizing very little from their time. Seems like they are charging barely enough to even recoup their supply costs.

A major part of making money from crafting is deciding which crafts can be made for at least some profit. I designed a wonderful water bottle carrier. I get compliments on it all the time. It took me probably 20 hours to make first one, maybe 5 hours for the second one using thicker ply yarn. No one is going to pay $40-50 for a crochet bottle carrier, not matter how functional or cool it is. So, there are exactly 2 in existence and maybe sometime I’ll look into figuring out a way to make them faster.

Think about your craft and consider your potential return on investment. You might have designed and developed the next great thing, but if you can only realize a return of less than slave wages – you might want to save it for gifts of love to friends and family who will cherish the item knowing the time involved and honor in receiving it.

Or, sell the pattern instead.

3 Responses to Too Expensive to Make