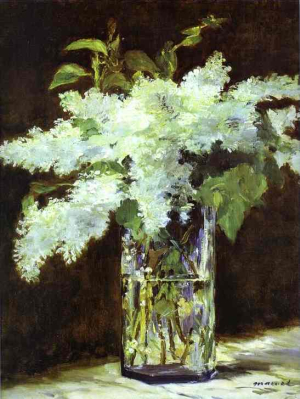 What is art and what is craft?

Is one somehow more worthy of admiration than the other?

Three very different men, provided the following definitions for us.

Andy Warhol ~ An artist is somebody who produces things that people don’t need to have.

Henry A. Kissinger ~ Art is man’s expression of his joy in labor.

To me, at least in many ways, art is something you look at, enjoy and might be inspired by like this beautiful painting by Édouard Manet. A craft is generally something that gets used or has some sort of function.

I recently asked someone how they defined art and they said drawings and paintings were art. I then asked how they defined sculpture and they said that was not art, it was sculpture. She further explained that most crafts seem to stem from people making the things they needed to survive, i.e. bowls, cups, clothing, furniture, etc.

But what happens when a craft has no function other than to be looked at, enjoyed and maybe even inspire us? It seems appealing to be called a craft but somehow doesn’t rise to the standard of being art; as if being a craft is something less than being art.

I was reading an artist’s blog this morning and he lamented having to show his work alongside people making such things as painted light bulbs, functional pottery and other sorts of things he considered somehow less than art. He reminded me, in some ways, of the artist who took a golden opportunity to introduce himself to our community and instead insulted the very people he expected to buy his art. (Be Careful Who You Insult, which originally carried my harsher title of “How dumb can he be?”)

Why Separate Art from Craft?

Why do we need to make a distinction between what is ‘art’ and what is not? Granted, the folks who take a bit of felt, add some beads and proclaim their creation which looks like a cat’s hairball is art are all wet. I’m also not trying to compare a Manet with a crochet afghan. But, how do we define those things which seem to fall somewhere between art and craft?

I have never seen myself as an artist. Perhaps my definition of art leans more towards drawings and paintings too. But, I see sculpture as something that could be either art or craft. The simple flowers Donna Dewberry taught so many how to paint seem to fit more in the craft world than the art world. But, could not the crafty sculptor or painter of today grow to become tomorrow’s hot new artist?

For sure much of the offerings at art shows, craft shows and other handmade events are less than inspiring. There also seems to be a trend where the overall appearance of the display booth matters more than the pieces being sold from it. And, I support any effort to ban or at least require full disclosure of mass produced, imported, or items not actually made by the participants of each booth for these events.

At the highest levels, art is shown and sold in galleries. As art patrons peruse the works on display they are wined and dined to encourage them to make a purchase. The pieces being sold are non-functional other than for their ability to adorn, inspire or offer an investment opportunity. Artists work for years to achieve this level of success.

Crafts, on the other hand, are made by everyone from 2 year olds to grandmas and range from strung plastic pony beads to quilts that require months of work.

There are the crafts that are truly functional – the coffee mug from our local potter. Not everyone can learn how to throw clay. It’s a learned skill that can take years to master. But, because they make functional items, should their work be seen as inferior to that of the potter who makes decorative face jugs or fine sculptures? Or do we proclaim everyone who works with to be a crafter rather than an artist?

Is Art Really so Different from Craft?

If a painting on canvas is art, why is an equally skilled painter who happens to paint on a saw blade a crafter?

It’s all those pieces that fall somewhere in between children with cheap plastic beads and Manet that leaves us all wondering what is art vs what is craft.

In many ways, I see both art and craft as two sides of the same coin. Both are created. Both can inspire. And both are bought and sold everyday.

While most would agree those hairball-like monstrosities being sold on Etsy and elsewhere are not aesthetically pleasing, many would consider the works of art that often make international headlines for their offensiveness equally worthy of disdain and ridicule. Yet, one remains art and the other remains in what some see as the lesser category of craft.

I suppose it is that vague area in the middle, between what we define as art and what we see as craft where we start using the term artisan. That word seems to blend art and craftsman together to define someone who creates things somewhere in between the two.

However, to call an artist and artisan might be insulting. To call a crafter an artisan is a compliment. So, it would seem the new term only introduces another way to separate us.

Artists, Artisans & Crafters Should Work Together

I would suggest we stop worrying about which is which and instead work together to build awareness of all things not mass-produced, manufactured or otherwise uninspired.

Whether we crochet, quilt or paint lightbulbs, sawblades or on canvas; shouldn’t our efforts be celebrated?

Shouldn’t we all be working to remove the phonies and the frauds from being included among the true artists, artisans and crafters at the various art and crafts shows? Shouldn’t we work from within to call to task the jury members who allow the fakes and frauds to participate in these events?

Time for Another Art Revolution?

If you don’t like the way events are being held, why not create your own? Dear blogger, artist, sir, have you forgotten about Le Salon des Refusés and how that revolutionized what was once considered art and what was not?

Find the shows and galleries that are only open to painters if you dislike attending shows with crafters.

I would hope that Manet and his impressionist friends wouldn’t have felt as you do and say that someone like Louis Comfort Tiffany wasn’t an artist simply because he made functional things like windows and lampshades.

I’ve been to arts and crafts shows from coast to coast. People buy everything from plastic canvas needlepoint tea bag cozies and strung beads to thousand dollar paintings, sculptures and art quilts. Some shows draw yard sale, bargain shoppers and others draw folks who truly appreciate handmade and inspired works. The trick is finding those shows which draw the types of folks who best match your target audience.

If you act like your work is better than everyone’s around you – it will show and you will alienate the people you hope will buy your work. Being the aloof artist will only hurt your sales and those of the folks around you. There’s too many talented people creating beautiful things for people to spend their hard-earned money on someone with a bad attitude.

Let’s get real. Let’s worry less about what word we use and more about celebrating the creative process. And, Let’s work together to build our businesses. We should all be on the same team here!

OK, I’ll get off my soap box and open the floor to you, my loyal readers. How do you define art and how do you define craft? Do you see one as less worthy than the other or both as equally worthy but just different?

Too Much Information
Free Patterns Gone Paid = Missed Opportunity
Actively Reacting As A Marketing Strategy
Who's Talking About Me?

3 Responses to What is Art and What is Craft?